According to the Indian Express report, the Human Resources Development (HRD) ministry has accepted the proposal to establish India’s first National School Board for Vedic Education- Bhartiya Shiksha Board (BSB). The move is expected to pacify the anger of the disgruntled section of the supporters of the incumbent government who were not happy with the Modi government because they believe that the present government has done nothing to promote Veda education and Ved Pathsalas and to curtail the over communist influence on the curriculum. There has been a long-pending demand to set up and promote ‘Vedic pathsalas’ and Vedic education at large level and this seems a big step towards fulfilling that demand. 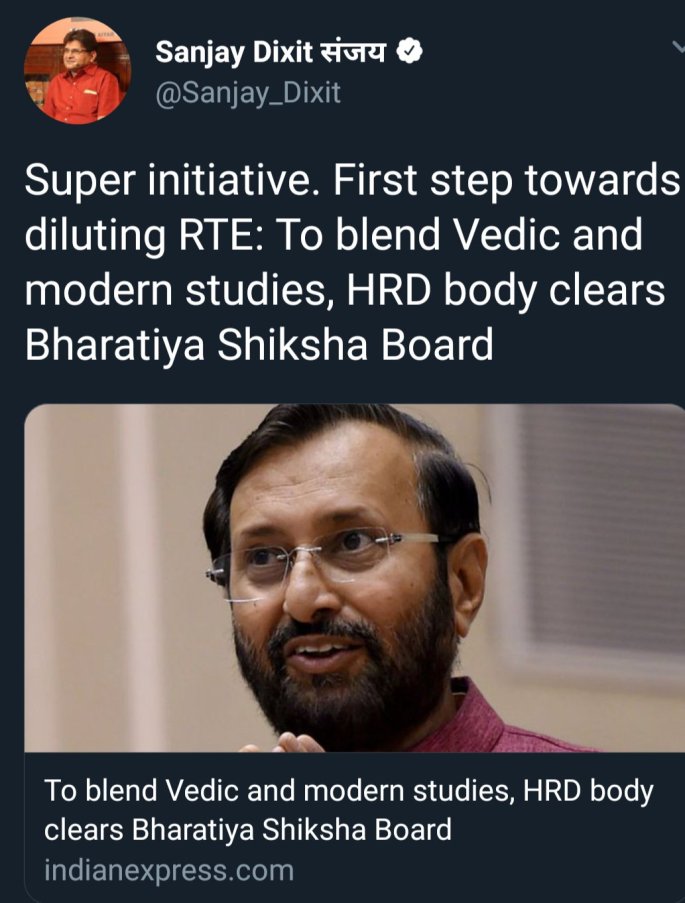 The Maharshi Sandipani Rashtriya Vedavidya Pratishthan (MSRVP) – a fully-funded autonomous body under the HRD Ministry- is already working for the promotion of Ved Vidya, and the very same body has given in-principle approval to establish BSB in its governing council meeting chaired by HRD Minister Prakash Javadekar in Delhi on Friday, reported Indian Express.

The governing council of the MSRVP has now been ordered to come up with the Board’s bylaws in a week. According to the Indian Express report, the Bhartiya Shiksha Board will be set up with the objective of standardising Vedic education. The BSB will draft syllabus, will conduct regular examinations and certificates will be also provided.

It is a well-known fact that today’s modern education is alienating the school kids from their cultural roots, history, and civilization. In the schools, they are not being taught about the greatness of Vedic culture, Upanishads, Gita, Ramayan and other Hindu jewels of wisdom. Millions of Hindus want their kids to learn about the old Vedic wisdom, but the curriculum does not offer the opportunity. With the latest development, it is expected that now Hindus and their kids will now exposed to the teaching, learning and wisdom of vedas.

The BSB along affiliating traditional pathshalas, it will be also entrusted with the responsibility to come up with new kinds of schools that offer a blend of Vedic and modern education. After its establishment, the BSB is likely to benefit educational institutions such as Acharyakulam, Vidya Bharati schools (run by the RSS) and gurukuls run by the Arya Samaj, because it will allow them to sustain their model of education up to Class XII, which school boards like the CBSE currently does not allow.